Why to choose textured glass for covering on photovoltaic modules? 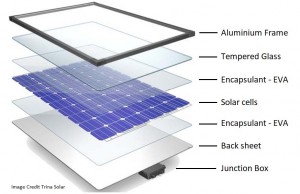 The solar glass in the modules is specially textured to reduce reflections. The anti-reflective glass is said to increase module yields over those from conventional solar glass, particularly when the sun is low, as in the evening hours or winter months. 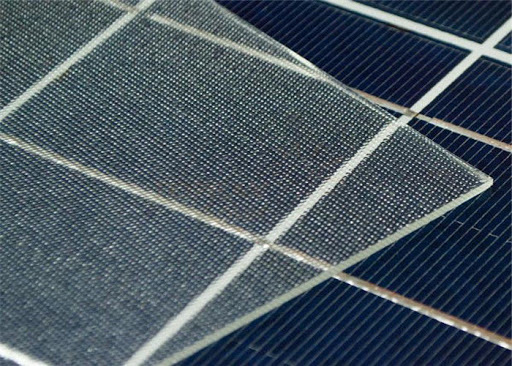 One big reason for its use is that it usually, on new/clean surfaces, improves efficiencies of solar devices. Some of the incoming light, both direct and diffuse that is reflected off the raised glass surface “facets” is “re-incident” on other portions of the surface with part of the reflected light thus getting another chance at being transmitted through the glass. This process helps to improve efficiency some.

Another benefit is that a textured surface will usually present less of a “glare” factor, particularly at high incidence/reflection angles. This can affect aesthetics and, in some applications more importantly, be a way to handle safety issues for things like traffic, glare, etc.

One drawback to textured glass is that it can cost more due to possible increases both in material and processing. 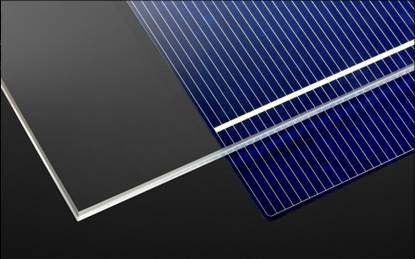 Another drawback is that textured surfaces may trap/collect dirt left behind by evaporation in the small “valleys” or low spots of a textured surface. That dirt can reduce the amount of transmitted energy and thus reduce the devices efficiency. Over time the accumulated crud may crust up and be difficult to remove. This is a somewhat complicated process to analyze/estimate/predict, but in general, textured surfaces can sort of do in miniature something similar to the differential soiling that can be seen in a macro sense on the bottom 6″-10″ or so of PV panels that often get a “bathtub ring” caused by moisture, or more correctly, the dirt left behind after H2O evaporation that collects in a ponding effect caused by the 1/16″ or so raised lip at the edge of most panels.

These days, and somewhat separate but related method to reduce reflection loss/glare, many/most PV panels have some form of “anti-reflection coating” (“ARC”) that operates mostly differently from the way a macro textured surface works. Because the glazing surface is now mostly planar and not textured, the ARC coatings probably don’t allow for the same dirt mechanisms to work, and can be quite effective at reducing reflection losses at least as well and probably better than macro textured surfaces. There is some question as to the long term viability of ARC coatings, and some question as to their reduced efficacy as an ARC surface gets fouled as a function of the fouling rate and the nature of the fouling material, particle size, etc.